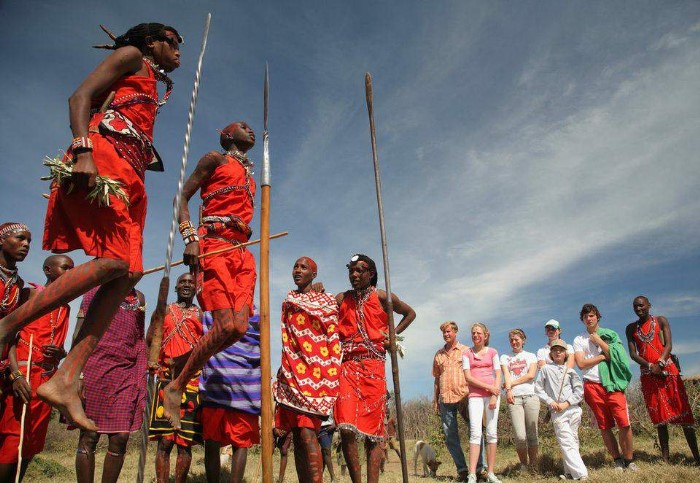 The Kenya Tourism Federation late yesterday issued the following statement, formulating the response of the tourism private sector over the highly-dramatic new anti-travel advisory which the British Foreign and Commonwealth Office, in short FCO, has slapped upon Kenya. The statement, while dealing with the impact on the tourism industry in Kenya first and foremost, also at last puts the Kenyan government on the spot, something this correspondent has in past months done on a regular basis providing a platform for the many voices who have demanded action from government in vain until now.

The private sector in tourism wishes to state the following in light of the updated travel advisories from some our tourist source markets:

1. We are disappointed by the FCO statement discouraging all but essential travel to certain areas in the country including some parts of the Kenyan Coast. The UK has been a partner of Kenya for many years and is one of our key source markets for tourists. This advisory is a clear indication that impact of this on investments and employment was not considered as a key partner of Kenya. We urge the British Government to reverse this statement.

2. All indications are that the statement was updated based on security-related information. As citizens and investors in the sector, we are greatly disappointed in the lacklustre reaction and sometimes inaction by Government officials who should be handling this and reassuring citizens, investors and our tourist source markets.

3. We demand that the Government gives tourism the importance it deserves. As one of the key sectors of the economy and a key pillar of the Kenya Vision 2030, we feel that the Government just gives lip service to its affairs. Government has to wake up to the fact that its forex incomes and tax revenues are going to take a major hit. Tea prices have already decreased significantly in the international market and tourism which is the 2nd highest foreign exchange earner for the country is facing a major crisis in the wake of its high season. Counties that rely on tourism for its revenues should also take notice that they will not be able to meet their budgets and should factor in at least a 30% reduction in their projected revenues and much more in some counties.

Jobs have been lost and more job losses are on the way. Why isn’t the Government taking this as a serious matter? When a Miraa ban was announced last year, the President of the Republic of Kenya himself gave a statement on this. The silence from his office on the state of tourism is of increasing concern to us.

The tourism sector is not only a source of much needed foreign exchange and tax revenues but also a large employer and a consumer of products and services from other sectors of the economy. Its trickle-down effect cannot be ignored. A down turn in tourism will soon be felt in other productive sectors of the economy including Agriculture, food and beverage manufacturing, motor vehicle and many more.

Only hours after the Foreign and Commonwealth office had issued one of their worst ever anti-travel advisories against Kenya, reportedly over “credible threats” no one in Kenya seems to be aware of in spite of frantic efforts to get to the bottom of the hysteria perpetrated by the British government, did TUI UK cancel their charter series to Mombasa and will now go ahead to “evacuate” several hundred British citizens currently on location in Kenya who booked with them, bringing in several empty flights to take the vacationers home. It was in fact reported from a source in Mombasa that repeat guests denounced the measure and wanted to stay on, but probably will be unable to do so as the tour operators’ staff at the coast explained that there would simply be no further flights to bring them home once the last aircraft has left Mombasa for Britain, leaving them to buy their own tickets at their own added expense.

While “official Kenya” is trying to put a brave face on to this latest hammer blow and is understandably using diplomatic language to express their frustration and exasperation over the immediate fallout of the latest FCO anti-travel advisory, have stakeholders let their anger boil over in a series of comments received, most unfit to be repeated here. News that TUI UK, the British offspring of the world’s largest tour-operations conglomerate had cancelled all their flights into Kenya with immediate effect, will in coming weeks and months affect both beach and safari holidays and will leave hotels, safari lodges and beach resorts ponder what to do next. The move has left Kenyan tourism stakeholders in a state of near despair, as they see the rug pulled from underneath them, feel according to many comments victimized and subsequently making larger scale layoffs now a very likely scenario. 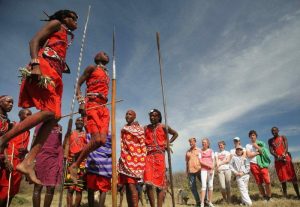 “Whatever our government officials now say to the British High Commission, perhaps hoping against hope that Britain might change the travel advisory and the situation can be saved, the damage by and large is done because other countries have already picked up the information and followed the British example. You were right yesterday what you wrote, many of us feel the dots got connected the right way, but what way forward now. What is it the Brits claim to know and have they shared that knowledge with our intelligence services, is there a real threat or just a repeat of those times when the Brits and Americans prohibited their staff in Nairobi to visit Mombasa. Back then they had to eat humble pie and withdraw their statements but if the UK charter is cancelled there is no coming back until perhaps the next winter schedule and even that may be in doubt.

I think Kenya is being singled out for reasons best known to the British government but the reality is that this punishes the common wananchi who may now lose their jobs as drivers or guides or waiters or cooks. We feel there are some bad politics to blame on the side of Britain. These are seen as purely punitive measures and honestly, it will widen the rift which is already there since their interference last year before the elections. If we in Kenya ever needed another reason to look east, this is it.”

It is understood from information received late evening that diplomatic efforts are continuing to have the advisory either tempered or withdrawn though going by past experience chances for that are virtually nil.

A number of Kenyan tourism stakeholders will be heading to Germany’s IMEX trade show in Frankfurt next week, trying to tell the world that the destination is by and large safe for tourists while others, returning from the Africa Travel Week in Cape Town and INDABA in Durban had to concede that one of Kenya’s strongest African markets, South Africa, reduced by some 11 percent in 2013 over 2012, making new sales more of a challenge than in previous years.

In contrast is this correspondent’s experience after a second visit to Kenya in a month, which took place the previous day. When walking back from the Kenyatta International Convention Centre to the Sarova Stanley Hotel, I had to walk literally between two picket lines of supporters and opponents of Nairobi Governor Kidero, whose election was overturned by the Court of Appeals. Heckled from both sides, which were only meters apart with security personnel walking up and down the corridor, when asked Muzungu, who do you support,” the answer came straight like a shot “I am from Uganda, I support Museveni,” which caused laughter all round and defused the tension at that spot at least. Walking the city center felt throughout the now four days entirely safe, with no sign of trouble, no harassment by beggars or street kids – I at least did not see any unlike back home in Kampala – and no hotel doorman getting worked up seeing his guests walk out of the hotel, again unlike other places in Africa or elsewhere in the world where they are swift to intervene and urge clients to rather use a cab than walk.

Yes, perhaps the Brits do know something but considering their past record, as is the one of the American Embassy and State Department, this will probably pass like a cloud in the afternoon, now before the sun and then gone. Therefore, my advice is to visit Kenya, take precautions as one would do anywhere in the world to safeguard valuables and look out for potential trouble spots, but by all means come and visit Kenya. Not visiting would be like kicking one already down in the dust into the head, and civilized people just don’t do that.
BY PROF. WOLFGANG H.THOME, ETN AFRICA CORRESPONDENT | MAY 15 , 2014