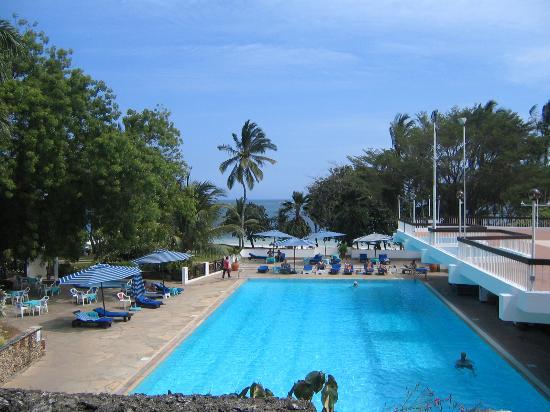 It was a bitter pill to swallow for the Kenyan government and in particular for a Cabinet Secretary under siege, when, as data for the year 2013 were finally released, it was instantly obvious that the targets set for the past year were missed big time. Campaign and inaugural speech promises made had given a clear indication at the time that tourism was to be a priority sector, one which was to create additional jobs by the thousands, attract foreign investments and contribute to economic growth and to increased foreign exchange earnings. Nothing of the sort however happened and to the contrary, few sectors of the economy feel so betrayed by the new government after their first year in office as tourism did, which found itself underfunded and overtaxed while having to listen to speeches which clearly lacked any resemblance of the reality on the ground.

Cabinet Secretary Phyllis Kandie yesterday finally made public the figures as pressure from the tourism industry in recent weeks had grown over the lack of data and the delay in making them public, to a point that suggestions were made the inexplicable silence served to buy time to doctor figures and ‘beautify’ them.

Having already lost ground in 2012, when in the second half of the year the markets went soft and demands for an instant recovery marketing programme met with stony silence by the powers that were at the time, the trend accelerated in 2013 with a loss of 12 percent in arrivals, down to below 1.1 million visitors from 1.23 million visitors. Revenues, according to the figures given, dropped to less than 94 billion Kenya Shillings, a decline of 2.1 percent, raising eyebrows and prompting more questions over the wide gap in percentage terms of the visitor decline vis a vis the revenue decline.

While Kandie blamed security concerns, a sharp rise in poaching figures, the tax increases and an alleged drop in service quality and delivery, much of that is actually within the domain of government to influence or control, only serving to underscore what the sector has been saying for months now, that it was government inaction on one side and government action like taxation on the other side which brought about these devastating consequences.

Demanded last year already and more vocally asked for this year by the industry was the holding of a national stakeholder forum to take stock and map out the way forward, a call ignored by the ministry, before eventually a tourism recovery advisory board was hastily convened, tasked with creating a road map for recovery, a move described by many as coming the proverbial 5 seconds to midnight after wasting a year.

Leading tourism stakeholders meanwhile have also consulted widely and made a range of recommendations, which cover such diverse grounds as restoring a cabinet post exclusively dealing with tourism, wildlife and closely related departments like natural resourced (forests) and even environment, while fast-tracking the overhaul of the tourism parastatals and bring them under one new tourism authority, to cut down on the waste the present structure with several separate entities is causing.