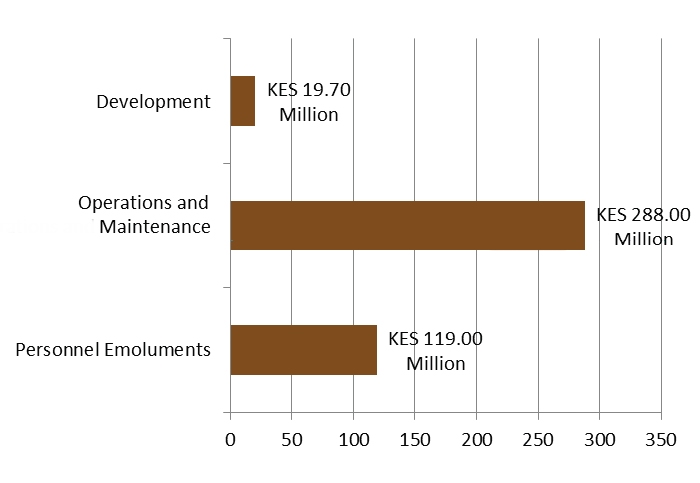 During the six months period, the total expenditure for the County was Kshs 427.5 million surpassing the funds released by 26 per cent. This is attributed to the use of development funds for recurrent expenditure. 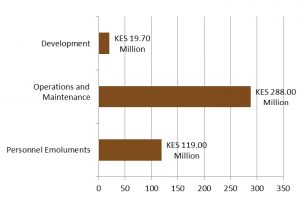 Further analysis of operations and maintenance shows that expenditure on Utilities, Supplies and services takes a lead at Kshs 142.8 million (50%) while Kshs.52.9 million (18%) was spent on Domestic and foreign travel, Kshs 40.1 million (14%) on training, Kshs 10.7 million (4%) on general office supplies; Kshs 10.7 million (4%) on County Assembly siting allowances; Kshs 7 million (2%) on conferences and hospitality and Kshs.6.5 million (2.2%) on printing, advertising and information supplies.