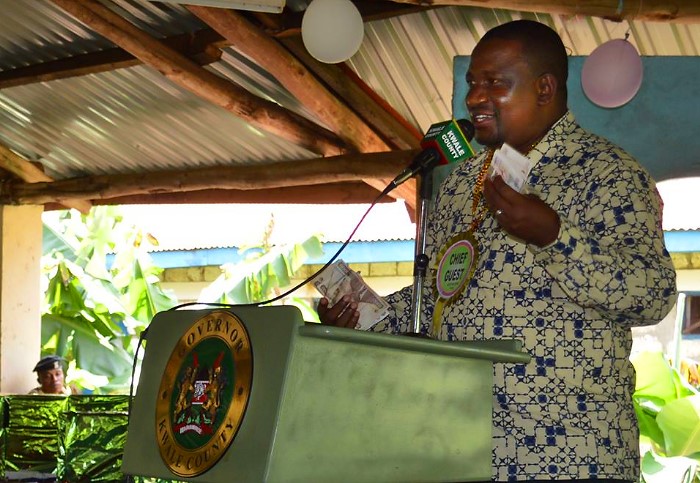 If we have a look into the official documents of the ” Office of the Controller of Budget “ – we can clearly see that our Kwale County Government has received from July 2013 till end of March 2014 a total of about 960.000.000 Schilling for Development Projects.

Think about this number for a minute: 960 mio Schilling = about 11 mio US Dollar – Really a significant amount of money to change our county to the better.

But – if you look what our Government has spent – the frustration comes immediately. Only about 160 Mio of the available funds have been utilized. The remaining 800 Mio are sitting on the treasurer bank account waiting to be spent.

When our Governor Mr. Mvurya and his team started last year to change Kwale to the better, they had come up with a development budget of 1.500 Mio – which was agreed on. 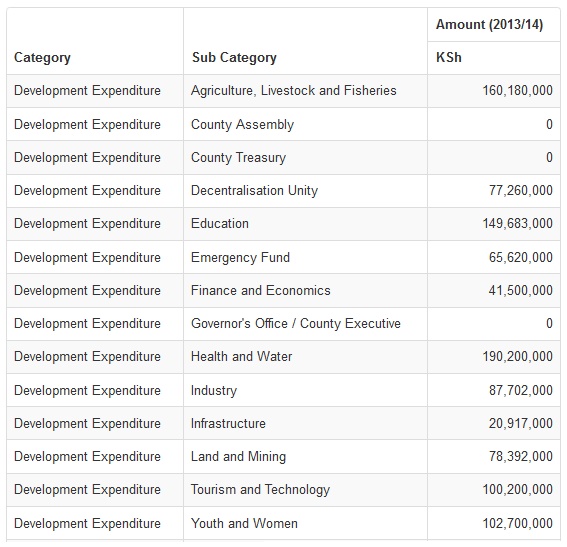 We have talked to many citizens of Kwale county and we got a strong message of frustration about their actual situation of life. Honestly NOBODY ( we talked to )has experienced a change – a positive change !!!

There is a very obvious question:

Why is our County Government NOT able to implement their COUNTY INTEGRATED DEVELOPMENT PLAN ?

Since months we are claiming that our County Government is not publishing the KWALE COUNTY INTEGRATED DEVELOPMENT PLAN. By constitution it should be a rolling 4 years plan that must be the basis of agreed projects. What we all got are just verbal statements and little fragments of initiatives.

Many times we got the info this plan exists but we never got it. So either the Government is afraid to make it public to avoid discussions about it – or – it simply doesn’t exist.But without a clear development strategy by department filled with clear activities and projects, nobody could succeed.

But it´s even worse

In these days we have heard about rumours that counties have to return unused development funds to the national government. Immediately all county governors were shouting FOUL and came up with the story of a hidden agenda to kill the Kenyan Devolution Process. Our Governor Mr. Mvurya told us:

“ There is a plot by some people in the country to confuse Kenyans by diverting the attention to counties and forget about billions of cash remaining with the national government without being monitored. The controller of budget office is being used by some people who want to kill devolution by first demoralizing citizens who vehemently voted for the new constitution in 2010 “

In fact, budget processes around the government-world are more or less the same.

And last but not least … all approved funds ( within one budget year ) that have NOT been spend or NOT committed in real projects – will not be send to the counties or worst-case have to be reversed.  Here is the problem. Our County Government has not spent enough and has not started / committed available funds into real development projects. It’s a Kwale County Government problem – nothing else.

as we have already started in your second year of being our leader, let us tell you: We know it´s difficult – We know you are lacking professional people around you – We know you can not be an expert in all areas – We know even central Government is not straight forward – this all we know.

We are sitting in the same boat. Stop acting like an actor. Let us know your problems and will help. Show us your plans and we will plan with you. We have enough potential in our County – only – you must have the courage to ask for it.