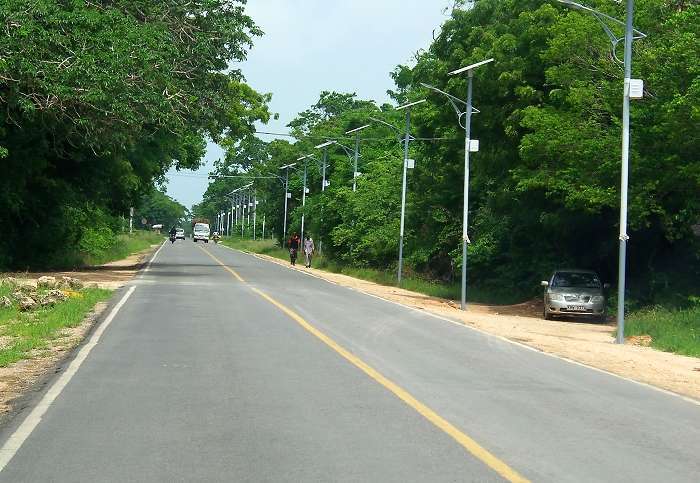 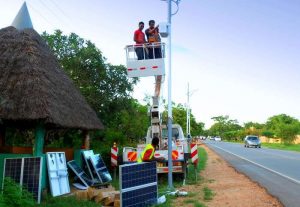 Kwale County Government is finally lighting up Diani Beach in an ambitious project to improve security and promote a 24 hour economy as part of Kwale’s County Integrated Development plan which mirrors the national strategy, Vision 2030.

The new 350 street lights (when completed) spanning from Indian Ocean beach club all the way to Mwisho wa Lami.

The new solar off-grid Integrated street lights are the next generation of solar street light systems. All of the components including the solar panel, Lithium-Ion batteries, charge controller, light sensor are housed inside a single Aluminium body.

The Integrated design not only makes the fixture aesthetically pleasing but it makes installation and maintenance extremely easy.

The County Government of Kwale has actually no immediate plans to expand the project in this financial year. However, through the County Ministry of Tourism, the County Government is in discussion with all hotels to reciprocate efforts to light up Diani by having streets on their side of the streets.

This project will not only enhance security and tourism but also open up Diani Beach to further investment.

Visitors and residents will now feel safer to walk up and down Diani beach road with various businesses, which now perhaps are willing to stay open much later than before.

The project was funded by the County Infrastructure and Public works department to a tune of Ksh.66 million in the 2013/14 budget. There was a delay in the process due to import problems of samples before approval by the County Engineer.