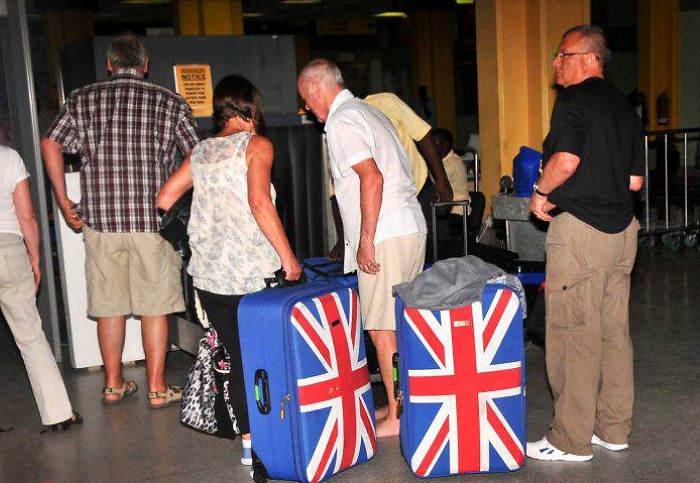 When Western powers, ahead of Kenya’s general and presidential elections last year harped on about ‘Choices have Consequences’ few could fathom the full extent of what Kenya’s supposed Western friends had in store for the country.

While publicly eating humble pie and trying to make for a better appearance when those warnings were not heeded by the Kenyan electorate and Kenyatta / Ruto were elected as President and Deputy President, after all ‘business has to continue’ as a Western diplomat based in Kampala put it to this correspondent at the time, were schemes drawn up in the shadowy corridors marked ‘Revenge in Progress’ of White Hall and Foggy Bottom. In a very two faced approach do those same Western powers publicly appreciate that Kenya as a proxy power has helped fight piracy and lawlessness in Somalia, helping to drive the Al Qaida mercenaries out of that country and to other, new battlefields as the recent developments in Nigeria would suggest.

On the other side they keep slapping travel advisories on the country, knowing fully well that those have an impact on employment and foreign exchange earnings and it is revealing that a country which has refined the use of water boarding is now lecturing Kenya to respect human rights when dealing with terror suspects and hunting them down in security dragnets.

Choices have consequences Kenyans were told and as such Kenyans started to connect the dots to see if there is a red line running through the past 12 months since their new government took office. It was a year when the ‘Coalition of the Willing’ was formed, which announced major infrastructure projects and intensified regional cooperation.

That much of the new infrastructure is being financed and undertaken by Chinese companies did clearly not go down well with the erstwhile colonial and world powers as they lost out on the big business opportunities and are likely to lose out too on the newfound oil wealth Kenya has discovered.

Deals were reached in record time with China, which expressly announced during a recent visit of their Premier to Kenya that they do not impose strings to their loans and projects, which, were Kenya to try and do the same deals via the Western dominated World Bank or through bilateral agreements, they would still be in the preliminary stages of getting the right boxes ticked while under the newfound partnership with China construction has in fact started on the new standard gauge railway and the port of Lamu and also other projects.

Choices have consequences indeed and clearly the West cannot be happy that Kenya has been looking East rather than West to support those grand infrastructure plans, perhaps accelerated, driven even by the snub the Kenyatta government perceived as a result of the meddling in Kenya’s internal affairs prior to the elections. Both President and Deputy President remain technically still suspects in the ongoing ICC cases but not only do those cases now appear to be at the verge of collapse but are also increasingly seen as part of a wider Western conspiracy to fix the two to cement Western influence in Eastern Africa and rather have a willing puppet installed as Kenya’s president – which did not only not happen but now apparently backfired in their faces.

Choices have consequences and it is no longer a one way street it seems, giving a rather rude awakening to London, Paris and Washington. Subsequently it seems those are now resorting to measures of last resort, like the public announcements of staff withdrawals from the American Embassy over ‘security concerns’ and the low blow anti travel advisories and forced evacuation of British holiday makers by the British.

Kenyans and East Africans, myself included, mourn the loss of every life of recent grenade and IED attacks, all directed against ordinary wananchi in what I call needle prick attacks, aimed to spread the feeling of no longer being secure, the feeling of panic, despair and despondency. None of those attacks were aimed at foreigners and certainly not British citizens and yet it was Britain which in an unprecedented reaction paved the way through their latest FCO travel advisory on Kenya to more or less instantly evacuate their citizens from their vacation resorts in Mombasa and Malindi while ordering similar measures for British expatriates working or residing in the areas mapped out.

Britain thus put Kenya at par with countries engaged in a civil war or countries where Britain is or was fighting the arguably same war against terror which Kenya is fighting. Kenya however is not Syria, is not Libya at the height of their civil war (during which the West provided an air force to the rebels I hasten to add to tilt the outcome) and Kenya is not Iraq or Afghanistan where the US and the UK fought wars against terror, one based on flimsy fabricated reasons and the other to bring down the Taliban regime which gave sanctuary to the 9 / 11 planners.

Kenya, as witnessed during two visits over the past four weeks, is a country which faces many challenges but also a country which had the courage to stand up to terror and went to hunt down Al Shabab in Somalia. Kenya is now helping to bring stability and a new sense of order to the Horn of Africa, putting the pirates largely out of business by denying them land bases and setting the course of renewed self-determination of Somalis after elections and the establishment of an albeit still fledgling national government.

Kenya joined the African Union and UN forces in Somalia to accomplish those noble goals while taking care of her own security interests to protect the northern borders from constant violation. Not all those objectives have been fulfilled as yet but it would be putting to waste what has been done if Kenya were to pull out from Somalia prematurely, as the Western powers are now doing in Afghanistan and previously did in Iraq.

Kenya today struggles with unemployment, challenges in the health and education sectors, a disturbing crime rate and yet are Kenyans going to work every day, children go to school and the sick get treated even if the standards leave much to be desired.

Tourism was once the back bone of Kenya’s economy but has over the past two years seen its fortunes erode. Misguided and misdirected government decisions are as much to blame as the nebulous ‘insecurity’ which is being cited by those seeking to make excuses and then hammer the country with anti travel advisories which have accomplished but one thing, to put ordinary Kenyans out of jobs and put investments, by Kenyans and foreign investors at high risk of foreclosure.

No one believes when Britain declares all that is much regretted when in fact it appears that it was just what was intended, to inflict pain on Kenya, to stir a reaction of people versus government. If my experience last week and two weeks prior however is anything to go by, Kenyans may still disagree with their government but will not do the bidding of Western powers to be used as pawns in such power games.

I in fact have repeatedly pointed out serious shortcomings in policy and strategy of the Kenyan government vis a vis the tourism industry. The Kenyatta government, as has the Kibaki government by the way during its last year, has in my view made grave errors of judgment when it comes to tourism and wildlife conservation and I hope those errors can be corrected now that the alarm bells are shrieking nonstop in the corridors of Utalii House and State House following the hasty pulling out of British tourists from the coast. I have not given up hope that the media briefing by KTF two days ago and the media briefing by the Nairobi City County Business Association yesterday will have the Kenyan government at last wake up to reality and take on board private sector demands, restructure the tourism administration with a single dedicated cabinet position including wildlife and natural resources and the formation of a tourism authority, among many other pending measures the private sector has asked for time and again.

Kenya has in the past been the proverbial comeback kid, emerging stronger after every crisis, and while this downturn has reached hitherto unprecedented levels of low occupancies and resort closures, there are rays of hope at the end of the tunnel. Let’s hope Kenya’s tourism gurus this time are well prepared when they meet government officials and can eloquently express the roadmap ahead for a full recovery.

Choices have consequences – and in Kenya’s case it will only fuel and intensify efforts to further explore and develop new tourism markets in the East, in China, Russia and India, key part of the BRICS countries as they are known. For too long did the ‘Choices have Consequences’ only apply in a one way relationship, one that is now undergoing fundamental change. Kenya may right now not be doing too well when it comes to tourism and other sectors of the economy but that notwithstanding, Kenya is standing on her own feet, supported by the members of the Coalition of the Willing and supported by her people who now blame the West in equal parts for their situation as they do, habitually I should add, blame their own government for the present challenges.

That all said, my two visits in recent weeks, and there are more to come, affirmed one thing. Kenya’s attractions remain attractions of global renown, the parks, especially the Masai Mara where in a few weeks the annual migration of wildebeest and zebras will arrive, remain an extraordinary place to visit. Nairobi got a range of new hotels which has upped the game in service delivery and the coast has some of the finest beaches and resorts as the World Travel Awards confirm year after year – the new The Residences at the Leopard Beach just being one example when it comes to larger top resorts and places like AfroChic showcasing the boutique resort type one can find for that get away to sand, sun and fun.

Kenya as a destination still got it, needle prick attacks notwithstanding, bad publicity in sections of the international media notwithstanding and as I said before, this is the time for Kenya’s friends to stand up and be counted, and to make it count by going there for a holiday.

Choices have Consequences … it should be remembered in White Hall and Foggy Bottom that this now goes both ways.